Click Here To Check Current Inland Empire Traffic Conditions
Local News
Wellness for Times of Uncertainty
0000017a-3d7a-d913-abfe-bd7efaf800000000017a-3d7a-d913-abfe-bd7efafa0000The San Bernardino County Superintendent of Schools office is committed to Transforming Lives Through Education. Understanding that we have all suffered significant trauma as a result of the pandemic and social unrest, the Wellness For Times of Uncertainty series is intended to provide resources and information in support of urgent mental health topics. As professional educators, we know the scientific link between stress, the brain and learning. We hope that this series can assist in our collective recovery to build a stronger future and hope for all of us. We are in this together.LinksInnovation and Engagement, SBCSSEach Mind MattersKnow the Signshttps://www.nami.org/Homehttps://www.mentalhealthfirstaid.org/population-focused-modules/youth/

As part of KVCR’s series for Suicide Prevention Month called “Wellness for Times of Uncertainty,” we’re talking about youth suicide.

Suicide rates have been on the rise among young people. According to a report at the Centers for Disease Control and Prevention in 2018, suicide was the second leading cause of death among individuals between the ages of 10 and 24. And now during the pandemic, young people may not have access to the support system they once did and it’s taking a toll on their emotional and mental well-being.

Wendy McClung is the Mental Health Instructor for Colton-Redlands-Yucaipa Regional Occupational Program (CRY-ROP) at Redlands East Valley High School. She says in June, the CDC surveyed Americans on their mental health. The results showed an unfortunate trend in young people.

“Young people seem to be the hardest hit of any group as far as feelings of anxiety and depression. And almost 11% of all the respondents said that they had seriously considered suicide in the last 30 days. And for those ages 18-24, the number was 1 in 4. I’m definitely anticipating that those numbers are going to be higher unfortunately,” said McClung.

McClung says she’s seen mental health struggles in her own students, especially now that they’ve been separated from teachers and classmates. They may lack that human connection at home.

“These students are on what I would call a Zoom burnout. They’re overwhelmed, they’re fatigued, they’re not focused. And I think this is mostly a result of them adjusting to the online learning. They’re not receiving that same level of support that they normally would if they were on campus,” McClung said.

The disconnect is one of several increasing risk factors of suicide in young people. In the teen years, exposure to human interaction is vital for brain development. Now young people are in front of a screen longer, and with increased use of social media, they’re faced with an overwhelming amount of information that could have harmful effects on their mental wellness.

“Screen time and especially the use of social media, the areas in the brain involving the emotional processing and decision making were making them more prone to addiction, increased distractibility,” McClung said. “In addition to that, they’re having increased exposure to media, violence, bullying, and the polarity of the political parties right now, as well as the racial tension going on in our country. So there are a lot of things that are really affecting my youth.”

And of that youth, McClung says some groups are more at risk.

“Talking about death, dying, or suicide in their diaries, social media, text, or even their schoolwork. Sometimes I have students who will actually throw in a little bit of something that concerns me- the things they will say. So I’ll have to come back and send them an email or call their parents,” said McClung.

A key, McClung says, is when an individual isn’t just saying they’re going to take their life, but they begin making a plan.

“The big red flag to me, especially when they’ve already had a handful of these other symptoms, I start to worry when they start to give things away, that they’re finalizing their plan.”

Right now, teachers, counselors, and peers are unable to check in as often as before. But teens still need that support now more than ever.

McClung says there’s an important resource that’s designed to teach parents, neighbors, friends- anyone who regularly interacts with young people- what to do when you recognize a young person is struggling with a mental health crisis such as suicide. It’s called youth mental health first aid training.

“It’s sort of like learning CPR, but for mental health. So you are learning to intervene with somebody who needs immediate attention, whether that be counseling, hospitalization, or some kind of other intervention. You’re helping them to find those resources,” McClung said.

The training also teaches how to speak with a young person that’s struggling with suicidal thoughts.

“When somebody is feeling really down, it’s tempting to tell them, ‘You don’t have it so bad’ or ‘Look at all the things around you that are good’.  And while it’s well-intentioned, sometimes you just need to sit and listen without judgement, without telling them how to feel, but instead validating how they feel,” said McClung.

It’s vital to reduce the stigma in talking about suicide.

“It’s okay to ask someone point blank, ‘Are you thinking about taking your life? Are you thinking about killing yourself?’ I know that there’s a myth that goes around that if you say those words, then suddenly that’s going to put the idea in their head and it’s going to make them more likely to do it. But in reality, that’s not true,” McClung said.

“What it does is it instead opens up a door for conversations. So you can say, ‘I’m here for you. I’m not gonna leave you.’ It’s okay to talk. It’s okay to talk about it. It may save a life.”

If someone is in immediate danger of hurting themselves or others, dial 911.

To learn more about resources available regarding mental health, visit our website at kvcrnews.org/wellness.

In Loving Memory of Stephany

Support for the "Wellness For Times Of Uncertainty" series on KVCR is provided by the San Bernardino County Superintendent of Schools' Innovation and Engagement Branch. Information at sbcss.net. 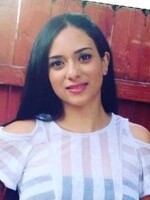