At around 4,440 acres, the Washburn Fire is far from the largest blaze Californians have seen in the past few years. But it has attracted national attention, in part because it's burning near Yosemite National Park's iconic giant sequoia trees.

Firefighters have reported that the blaze is moving relatively slowly. As of Thursday, it was 23% contained.

While they have so far kept the trees safe, this species has been threatened by wildfires before. In 2021, officials reported that the state had lost nearly one-fifth of its giant sequoias in just two years because of wildfires.

Despite this, researchers say that fire does have a place in Yosemite, and is particularly important for sequoia growth — as long as it doesn’t burn at extreme levels. But further treatments of the forest, like controlled burning and other methods, are necessary to minimize the risk of a massive wildfire.

Years of treatment in Yosemite pay off

Kristen Shive, a fire ecologist who previously worked in Yosemite, says that the park’s history of implementing treatments like prescribed burning might have helped in preventing a disaster. Many of these efforts have been centered around Mariposa Grove and Wawona, which is a community and campground in Yosemite.

“There are places around Wawona and specifically within Mariposa Grove where the park has been doing prescribed fire for a very long time — for up to 50 years in some places,” Shive says.

However, a century of fire suppression led by California forest managers in the 1900s allowed fuels on the forest floor to build up. Researchers and state officials say this build up is a key reason why the state has seen massive wildfires in recent years, particularly in areas that have not been treated to reduce wildfire risk.

But since forest service officials have focused on Yosemite for these treatments in the past, Shive says this might have helped prevent the Washburn Fire, so far, from getting completely out of control.

“Yosemite, like most places, had experienced many decades of fire exclusion and keeping fires out of our forests,” she says. “And so the park has been working for a long time, really since the '70s, in beginning to restore fire to fire-adapted ecosystems.”

And in some cases, Shive says that natural fires can have a restorative effect.

“When these fires start burning over larger areas, it's possible in one area for it to be kind of doing some good work, and in other areas, for it to be having negative impacts,” she says.

Fire’s place in a sequoia’s lifecycle

The park’s famous giant sequoias are particularly resilient to wildfires.

Emily Moran, an associate professor at UC Merced who focuses on forest ecology, says that the spongy bark on these trees can be anywhere from six inches to several feet thick. This can protect them from the heat of moderate-severity fires.

“Sequoias are incredibly fire resistant and, in fact, need fire for their life cycle,” says Moran.

Importantly, Moran says, fires help sequoias reproduce. A fire will open up the cones hanging from these trees, where seeds are stored, and will also burn up excess fuels on the forest floor that might otherwise block the seed from taking root.

“The trees don't release their seeds for the most part until there is a fire,” Moran says. “And then they'll hopefully have some bare ground on which those seeds can establish themselves and grow into seedlings.”

If a fire hasn’t burned through an area with sequoias in a long time, that can prevent the trees’ seeds from thriving. It also increases the risk for a high-severity fire. Moran says this is another reason officials have conducted controlled burns in Mariposa Grove.

“If there hasn't been a fire in long enough, you can get a build up of those fuels on the ground … that can cause the fire to burn hot enough that it could actually kill an adult sequoia,” Moran says.

While prescribed burning is an important part of restoring Yosemite’s natural ecosystem, some researchers say other forms of active management are necessary.

Brandon Collins, lead scientist for UC Berkeley’s research forests, says that the century of fire suppression has allowed for growth in the park that would have been unlikely under natural conditions. He uses the California incense-cedar as one example of a tree that’s been allowed to grow larger than usual due to fire suppression. In some cases, he says these trees have grown up to 30 inches in diameter, making them difficult to cull during prescribed burning.

“Yet that tree, under wildfire conditions, can be a vector to spread fire from the surface up into the crowns of the really large sequoias,” he says.

Collins says that he sees a future where the cutting of trees, like these large California incense-cedars, might be necessary.

“I'm afraid that if it's just … through prescribed fire alone, we're not going to get that type of reduction of density that we need as quickly as we need,” he says.

Although the US Forest Service has done a lot of work to treat forested land in Yosemite National Park, Shive says there’s still much more to be done. But that costs money.

“That really comes down to, frankly, a funding problem, and not just funding for projects, but funding for year-round staff to get this work done,” Shive says.

Between their natural adaptations and previous treatments to minimize fire risks in Yosemite, Moran says that giant sequoias in the park have a leg up.

But long term, Moran says she has concerns about continued threats to giant sequoias in California. These trees, which, in many cases are two or three thousand years old, are irreplaceable.

“It really is a big loss any time you do have one succumb,” Moran says. “Especially to a potentially preventable threat.” 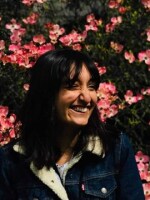 Manola Secaira
Manola Secaira is CapRadio’s environment and climate change reporter. Before that, she worked for Crosscut in Seattle as an indigenous Affairs reporter.
See stories by Manola Secaira

CapRadio
CapRadio is the NPR-member station located in Sacramento, Ca, and is a service of Sacramento State University. It serves Northern California and Western Nevada cities, including Sacramento, Reno, Stockton, Chico, Redding, and Eureka.
See stories by CapRadio
LATEST STORIES