The husband of California’s senior United States senator has died.

Senator Dianne Feinstein announced the death of her husband, Richard Blum, in a written statement. Feinstein said her “heart is broken” over the passing of the man who she says “left things better than he found them.”

Blum was chairman of Blum Capital Partners, an equity investment firm. He served as Chairman of the UC Board of Regents from 2002 to 2014 and on President Obama’s Global Development Council.

Blum married then-San Francisco Mayor Dianne Feinstein in 1980. His death comes after a long battle with cancer that has increasingly taken Feinstein away from her duties in the U.S. Senate. Richard Blum was 86. 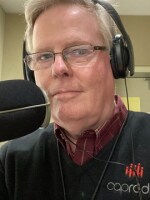