The budget is the largest ever passed in California, or any other state, says Democrat Nancy Skinner, who chairs the senate budget committee.

"Thanks to California voters, who gave California a progressive tax system that ensures the wealthiest among us pay their fair share. This historic budget truly puts California's wealth to work for all," said Skinner.

It includes a double-digit increase in K-12 spending per child and a $47 billion infrastructure package that covers everything from high-speed rail to student housing.

But Republicans, like assembly budget vice-chair Vince Fong, say the massive surpluses of the last two years haven't solved the state's major problems. "No doubt there are some investments in this budget framework that are needed. But Californians are growing weary as they see their state headed in the wrong direction," Fong said.

The spending plan includes funding for big-ticket items like drought and wildfire but few specifics for how those dollars will be spent. 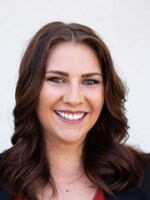 Nicole Nixon
Nicole covers politics and government for CapRadio. Before moving to California, she won several awards, including a regional Edward R. Murrow Award, for her political reporting in her hometown of Salt Lake City. Besides public radio, Nicole is passionate about beautiful landscapes and breakfast burritos.
See stories by Nicole Nixon

CapRadio
CapRadio is the NPR-member station located in Sacramento, Ca, and is a service of Sacramento State University. It serves Northern California and Western Nevada cities, including Sacramento, Reno, Stockton, Chico, Redding, and Eureka.
See stories by CapRadio
LATEST STORIES