November is National Diabetes Month – and more than 3-point 2 million Californians have been diagnosed with the disease, according to the American Diabetes Association. People with diabetes make up more than ten- and-a-half percent of the adult population, and another 33 percent, or 10-point-3 million people, have high blood sugar levels that signify pre-diabetes. Dr. Nicole Brady is chief medical officer for UnitedHealthcare. She says the rising cost of insulin is putting many patients in a bind.

A study by the Healthcare Cost Institute found the average price of insulin has nearly doubled since 2012. And research published last month in the Annals of Internal Medicine shows that one in five adults with diabetes is rationing insulin to save money. The Biden administration's Inflation Reduction Act, which passed this summer, caps the cost of insulin for people on Medicare at 35 dollars a month, starting in January. It also caps their out- of-pocket costs for prescription drugs at 2-thousand dollars a year, and allows Medicare to negotiate down the cost of drugs. Brady says starting January first, UnitedHealthcare will eliminate out-of-pocket costs for certain prescription medications, including preferred brands of insulin, for people enrolled in standard fully insured group plans. Brady also has some tips on improving your quality of life while on an insulin regimen. She advises that people reduce sugary, processed foods, limit alcohol, avoid smoking and exercise regularly. Diabetes care was on the midterm ballot this year in California. Voters rejected Prop 29, which would have required a nurse practitioner, doctor or physician's assistant on site at all dialysis clinics while patients are receiving care. The measure was supported by unions but vigorously opposed by the dialysis industry, which argued that the increased costs would force clinics to close. 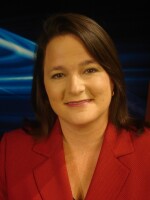 Suzanne Potter
Suzanne Potter is a journalist with 30 years of experience as a reporter for TV, radio and print news. She spent 15 years as a local TV news reporter in Palm Springs, CA and Providence, RI. She earned a B.A. in Mass Communications from UC Berkeley and spent a year at the Sorbonne in Paris. She lives in Palm Desert, CA, is married with four children and is a longtime leader with the Boy Scouts of America.
See stories by Suzanne Potter
LATEST STORIES