"The Lion Sleeps Tonight," "I Hear Trumpets Blow," and much, much more.

JUST finished edits for the next KVC-Arts, with Jay Siegel, original lead singer of The Tokens. What a feel-good program, with great music and great conversation! So much so that on a near future edition of KVC-Arts, we'll have Jay on again talking about some of the music The Tokens produced, some work doing TV commercials, and even Schoolhouse Rock!

On this upcoming KVC-Arts we'll hear about bands Jay was in leading up to The Tokens - beginning with The Linc-Tones, with Neil Sedaka, and of course "The Lion Sleeps Tonight."

Jay Siegel’s Tokens will be in the area soon as part of "Legends of Doo Wop and Rock n Roll Vol III," along with Terry Johnson's Flamingos, The Dukes of Doo Wop, Kathy Young, Leon Hughes’ Coasters, and emceed by comedian Scott Wood. More at affordablemusicproductions.com. 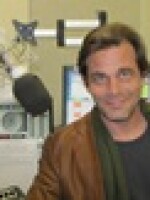 David Fleming
David Fleming is from Murray, Kentucky. Between college, David worked for the Public Affairs Division of the USS Ranger’s radio and television station. He has served with NPR member stations for over 30 years and also works as a visual artist specializing in temporary Sharpie tattoos. Hear David Fleming weekdays on All Things Considered.
See stories by David Fleming
LATEST STORIES
Latest Episodes